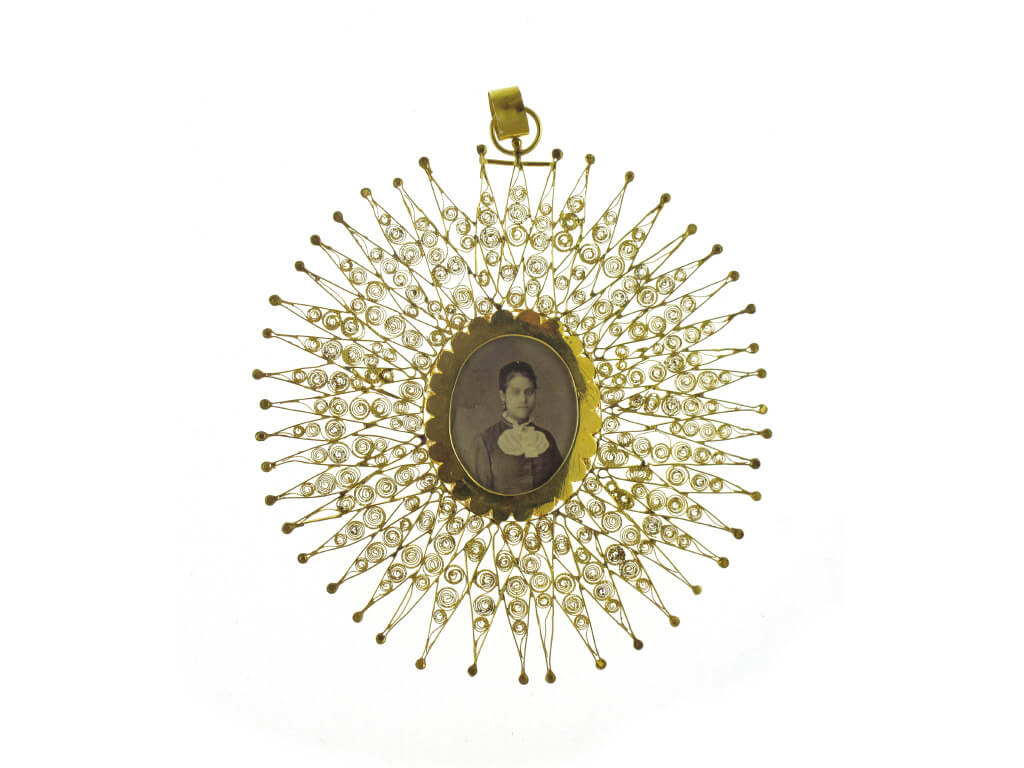 The “helios”, meaning sun, is a circular or oval jewelry with rays made from filigran. Usually there is a photograph of a loved one in the center. They often hang from a chain or are passed on a pin in the bust. 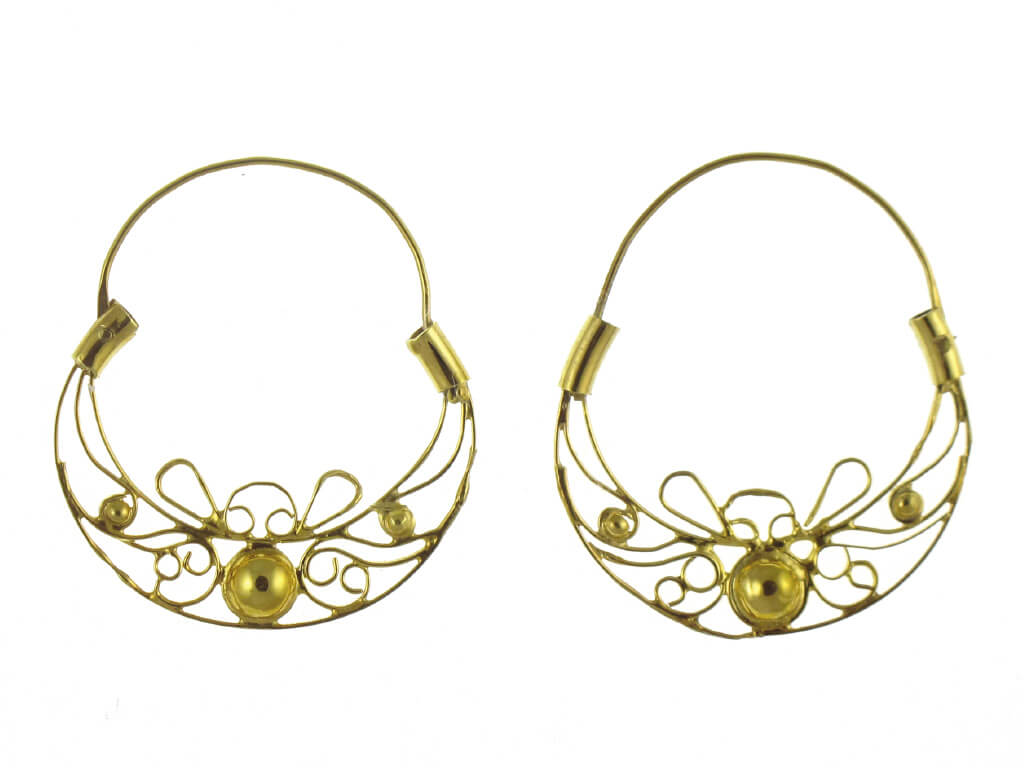 The mezzaluna earrings, dating back to about 1850, take their name from their crescent moon shape. They are decorated with gold wire and small spheres. 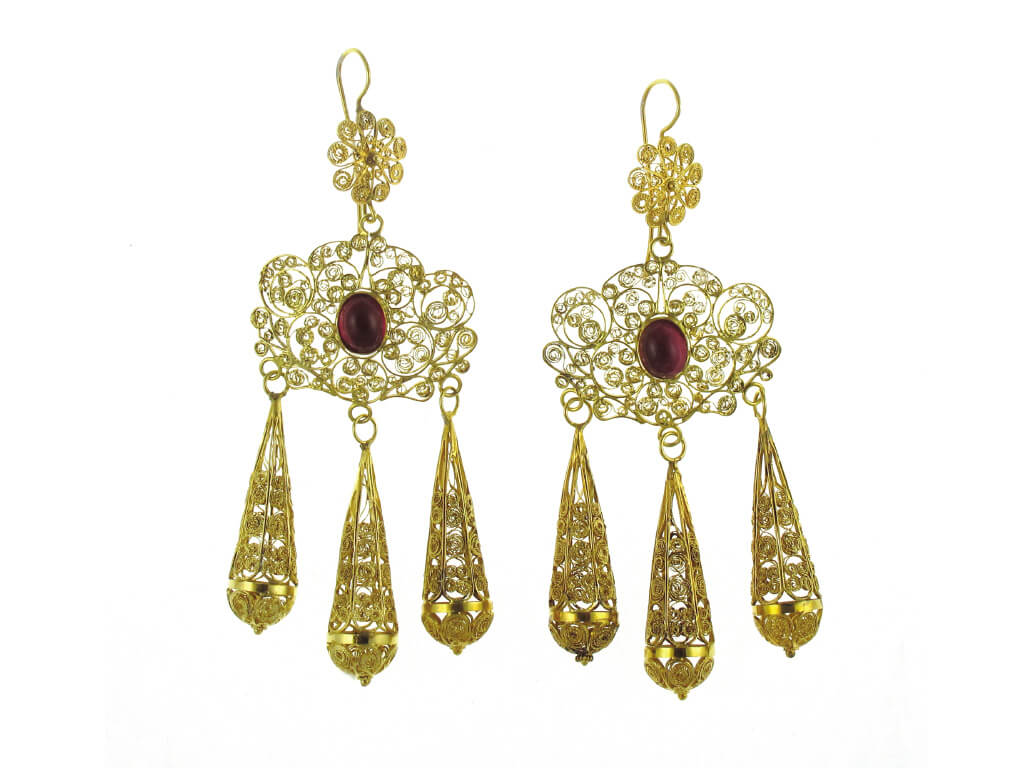 In the 19th century alongside with the single “apidi” appears the tripple one called “triapido”.

Descriptions of 17th century documents confirm the existence of circular earring from which hanged a pearl. Photographs of the 19th century depict earrings that consist of large golden circles, from which hangs an “apidi”. In the photos we see two variations of blade with gold metal plate and filigran.

An integral head element of the traditional Corfiot attire was the “torkos”, which was decorated with flowers. Gradually, the jewellery that depicted these flowers became fashionable and they were called “fiori”.

The depicted “fiori” has seven stems from filigran and a circular row of pearls around a red or green stone. There are leaves in between the stems thus recreating a bouquet. The jewellery dates back to 1880-1920.